One of the biggest perks in my work is that I get to meet and know the most incredible people.

And this woman is no exception.

She’s all in one. 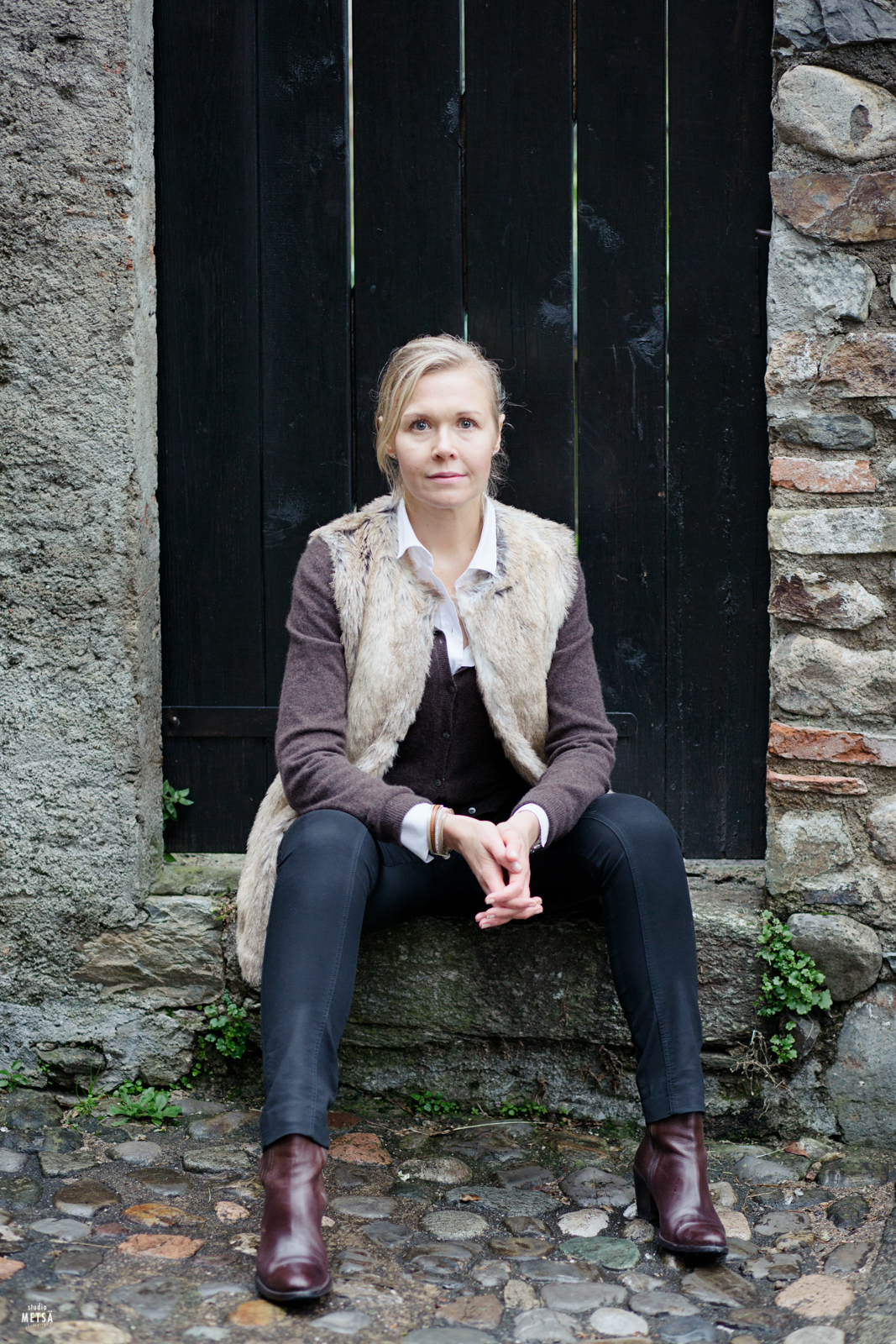 Kristiina is a woman I admire.

She’s worked hard, achieved a lot in her career, takes care of herself and looks about 10 years younger than she really is.

For the past 15 years, she has been practicing yoga and meditation, both of which she credits for her success and peace of mind.

Yoga and meditation have helped her get in touch with her intuition, which has always guided her in the right direction.

In fact, the decision to say yes to this photoshoot was in large due to her intuition. She visited my website, read more about my concept and felt a strong pull towards it – her intuition said a big, fat yes. 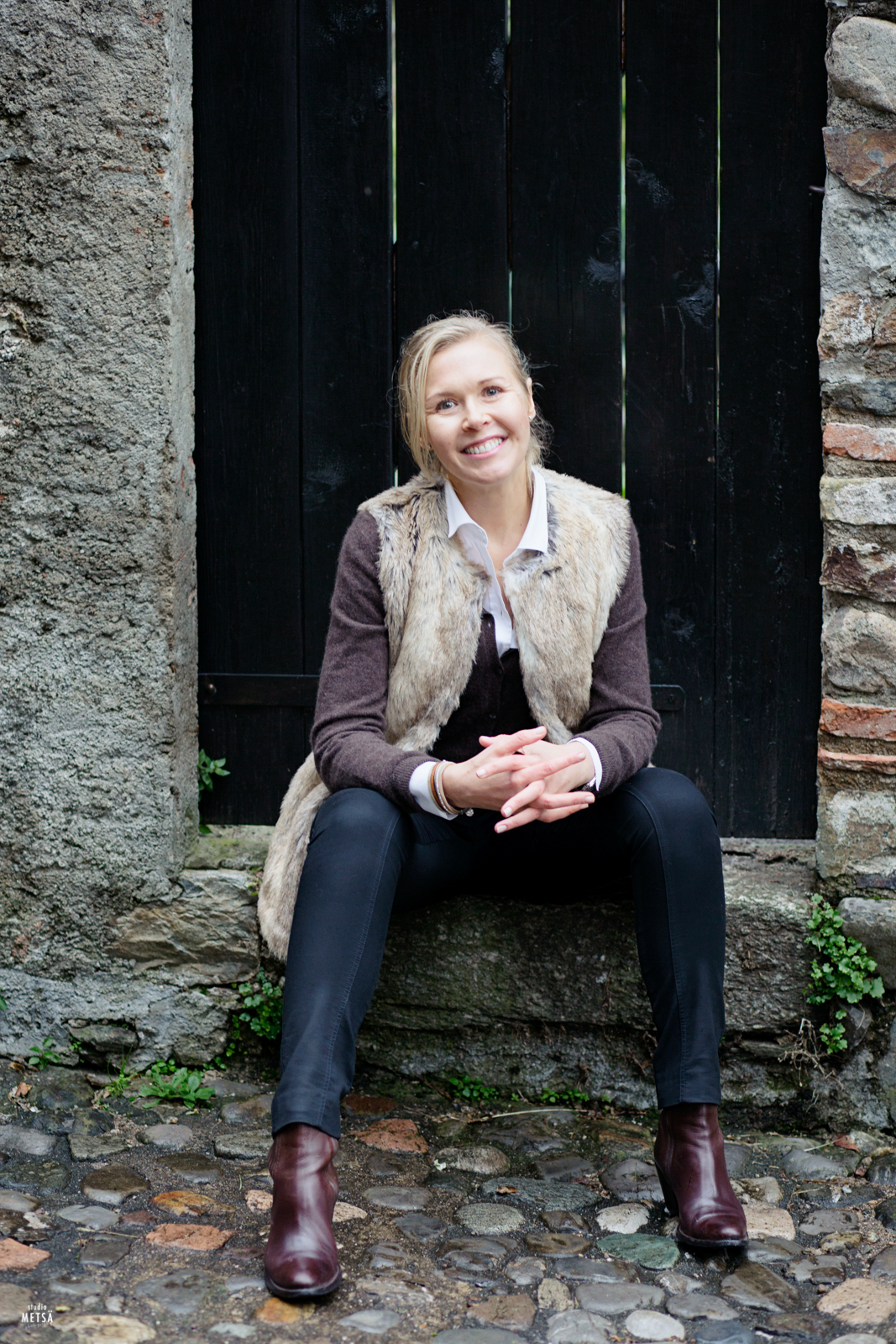 Getting to know each other

And her intuition was spot on once again. It was clear from the beginning that we were going to get along just fine.

The first time we spoke on the phone about the arrangements and other practical aspects of the photoshoot, I knew we would have no trouble connecting. There was something about her voice and the way she spoke that made me sure of it.

Since the photoshoot was to take place in her new hometown of Lugano, Switzerland, the entire process went about a little bit differently. We decided to jump start getting to know each other so I sent her an initial set of questions via email.

They’re no ordinary questions either, as they dive directly into the depths of your soul. She had absolutely no trouble answering them. I was really pleased that she opened up and answered the questions so honestly. It showed me that this person is serious about the process and wants to make the most of it. That she’s willing to open herself up so vulnerably to someone she’s never met, in order to have the possibility of gaining something in return.

I was excited to begin this journey with her. One of the answers she gave me stuck with me the most. She told me the one thing she disliked about herself was her criticism – towards herself and others. While it has played a big role in her career success, it has also become a source of irritation.

When we strive for perfection, we’re never satisfied, there’s always something to fix, something to be made better, something be made perfect. However, the problem with perfection is, it’s only an illusion.

This is something familiar to me, something I’ve also had to learn to deal with. The wonderful Marie Forleo always says: “Progress, not perfection” and when I start to get pulled back into perfectionism, I try to remind myself of this quote. We can sometimes get so stuck in the idea of what something should be like, that we end up getting lost and never arrive anywhere. 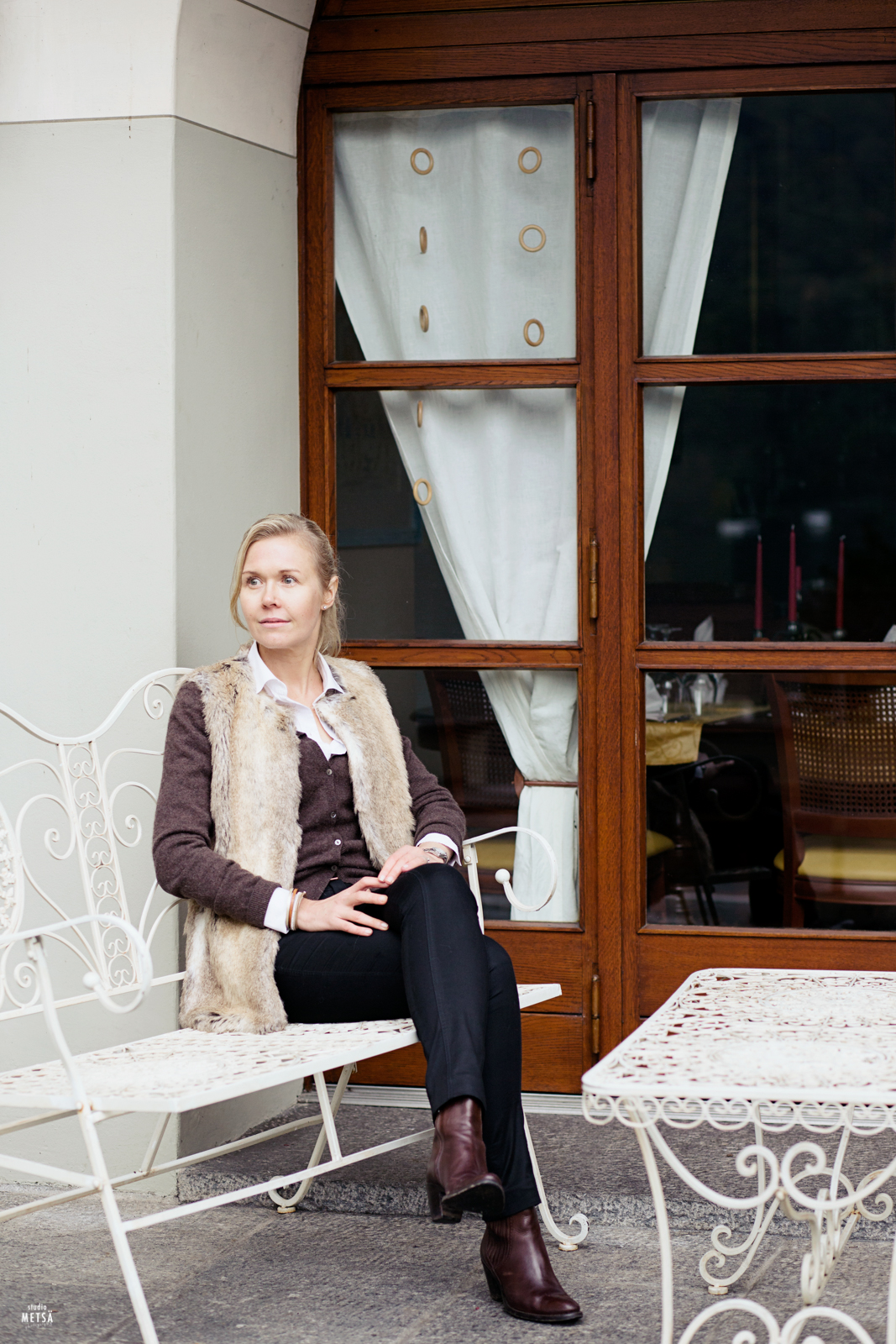 Sometimes the aspects of ourselves that are the most prominent, ones that we’ve always considered ‘us’, might just be habits formed early on in our childhood. We’ve grown so accustomed to them that we’ve made them a part of who we are. We’ve learned to define ourselves through these habits.

The strive for perfection was something Kristiina always thought was in her character. It wasn’t until we had our initial conversation face-to-face that she discovered, it was probably just something she learned.

This gave her a whole new perspective on the possibilities of who she is, who she could be and what she could feel. The day of the photoshoot 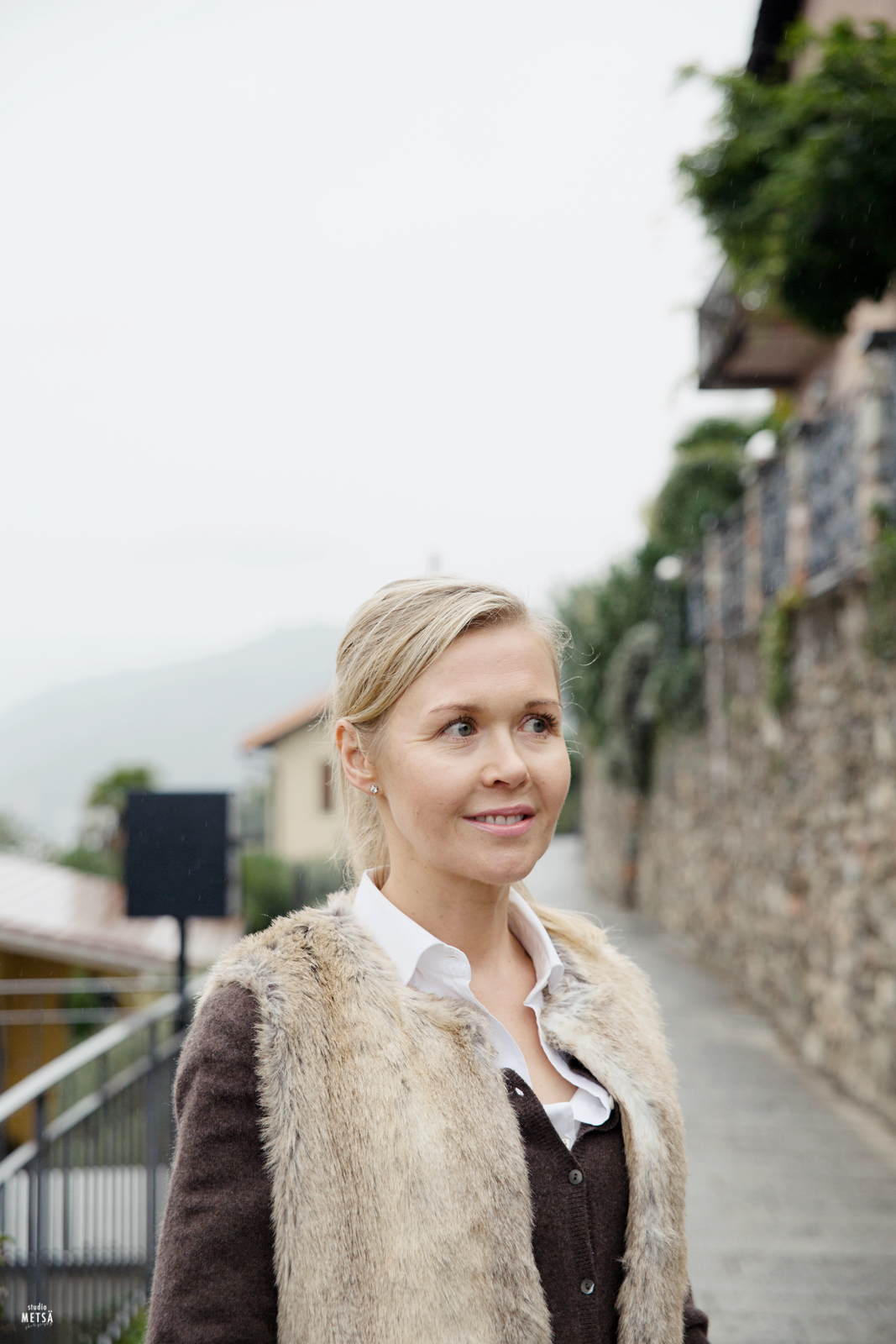 Kristiina’s husband, the one who gifted her with the photoshoot, was largely in charge of logistics and had picked me up from the airport, shown me around so I could choose the photoshoot location, and was now giving me a ride there.

He told me in the car that Kristiina had already started getting nervous about the photoshoot the evening before. This was great news to me – it proved, yet again, that this meant a lot to her. There are so many non-verbal signs that tell us much more than we can sometimes even articulate.

I was excited to see her and work with her.

That day, we spent a great deal of time together. Walking, photographing, talking, laughing, eating, drinking tea and photographing some more. 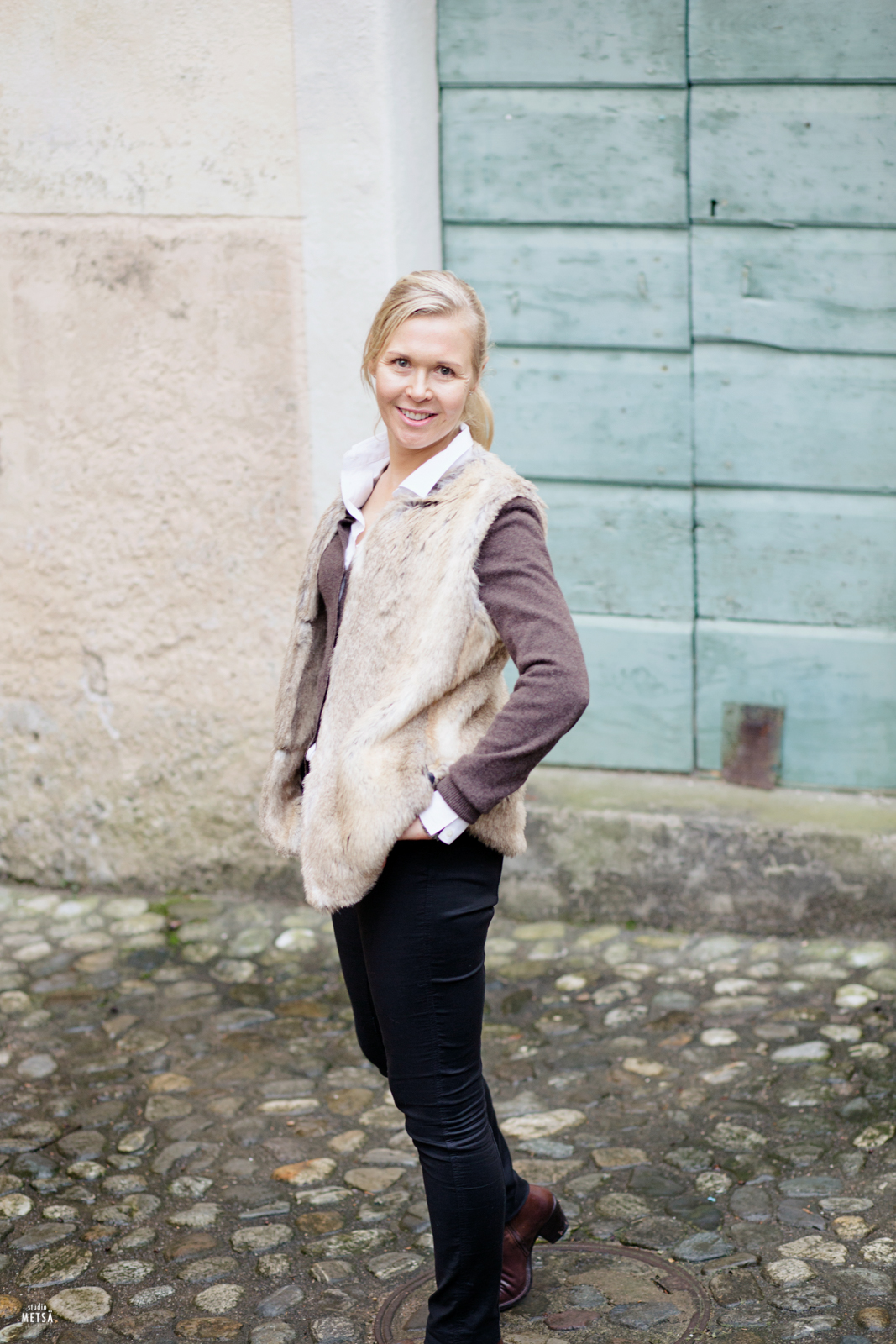 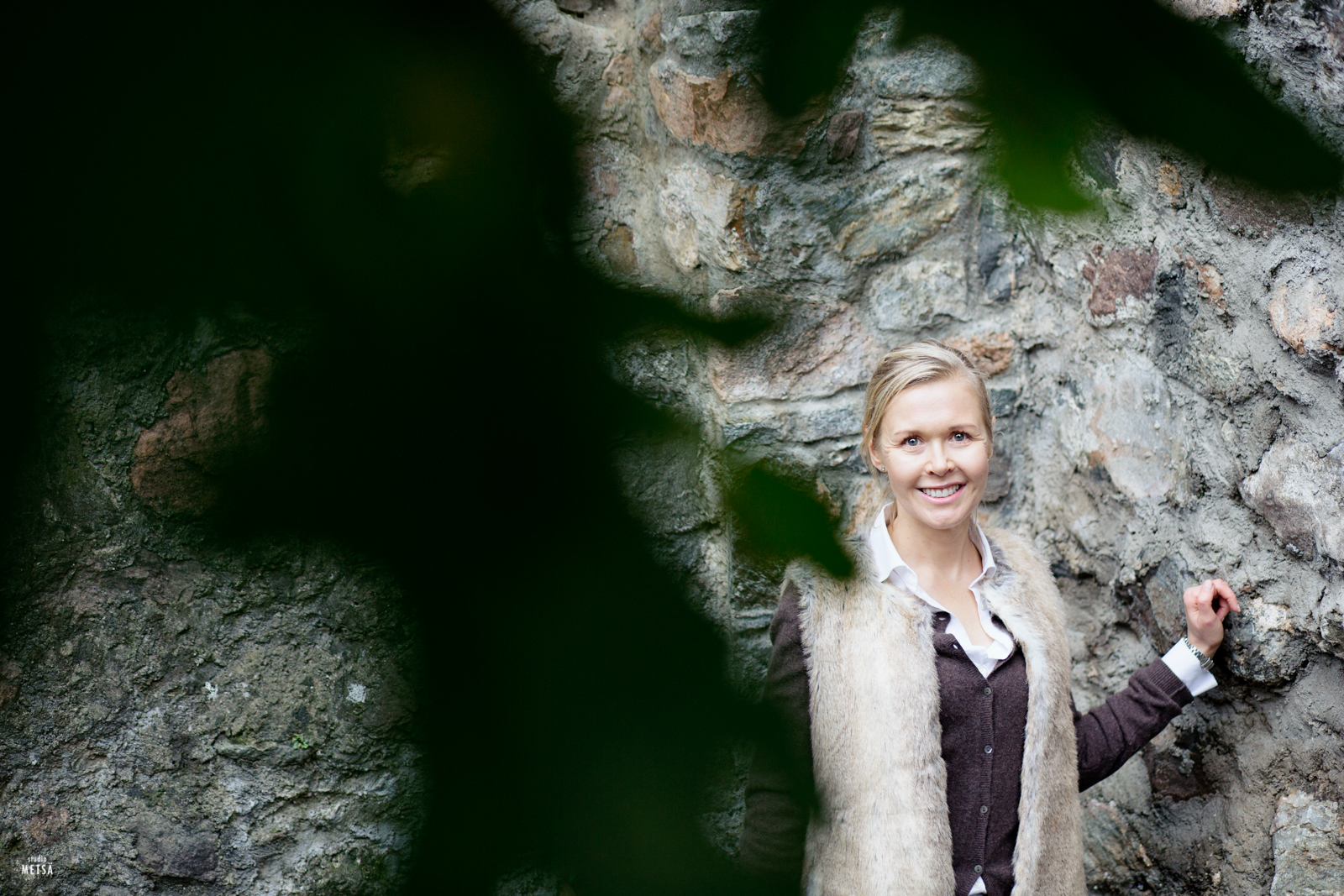 Kristiina told me that she’d always wanted to have nice photographs of herself but has a hard time relaxing in front of the camera. She feels like she’s not able to smile and doesn’t like to see herself laugh in photos.

This is a very common issue – seeing ourselves laughing. I’ve come to the conclusion that it’s because of how we’re used to seeing ourselves. Our primary source is the mirror. How often do we stand in front of the mirror laughing? I sure rarely do! So we are most comfortable with the “poker face”.

I made a note about it to myself that I need to find a way to 1. relax her and 2. to make her laugh. Luckily those two usually go hand in hand! The freedom of being who you are

Kristiina is an amazing woman. I was constantly blown away by her. In the bloopers section you’ll notice how she was jumping around, moving her body, and at times she did this directly in front of people. She couldn’t care less about what they thought.

How much more free and happy would we feel if we did what we felt like doing without concern about how others may perceive it?

Life would look quite different, I’m sure.

So next time you feel like doing something, do it, regardless of the place or the time. Follow your intuition, follow your heart and set it free. The right people will love you for it. Remember this:

Be who you are because those who mind don’t matter and those who matter don’t mind. -Dr.Seuss Thank you, Pasi, for finding me and for knowing your wife so well. Thank you, Kristiina, for opening yourself to me without limitations and for being so open and willing to try anything. It was an absolute pleasure, and privilege, to get to know you and to photograph you.