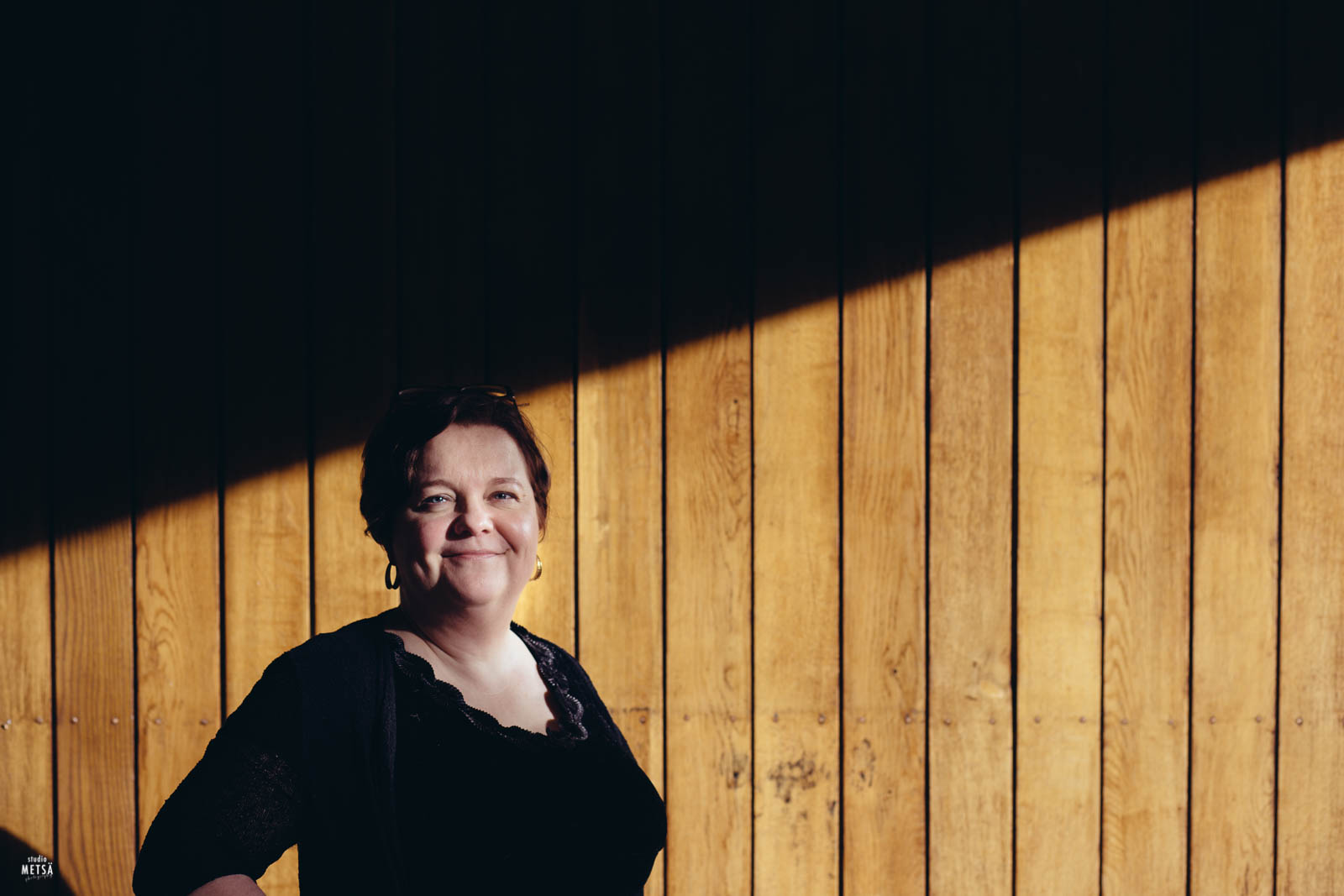 The fourth woman to be photographed for the Me Naiset project was Päivi.

Päivi is a 44-year-old woman who’s always battled with her appearance. Päivi told me she’s always had issues with her weight, whether they were imagined or real. She hasn’t been able to relate to her appearance in a healthy way and has found it difficult to wear make-up or color her hair. 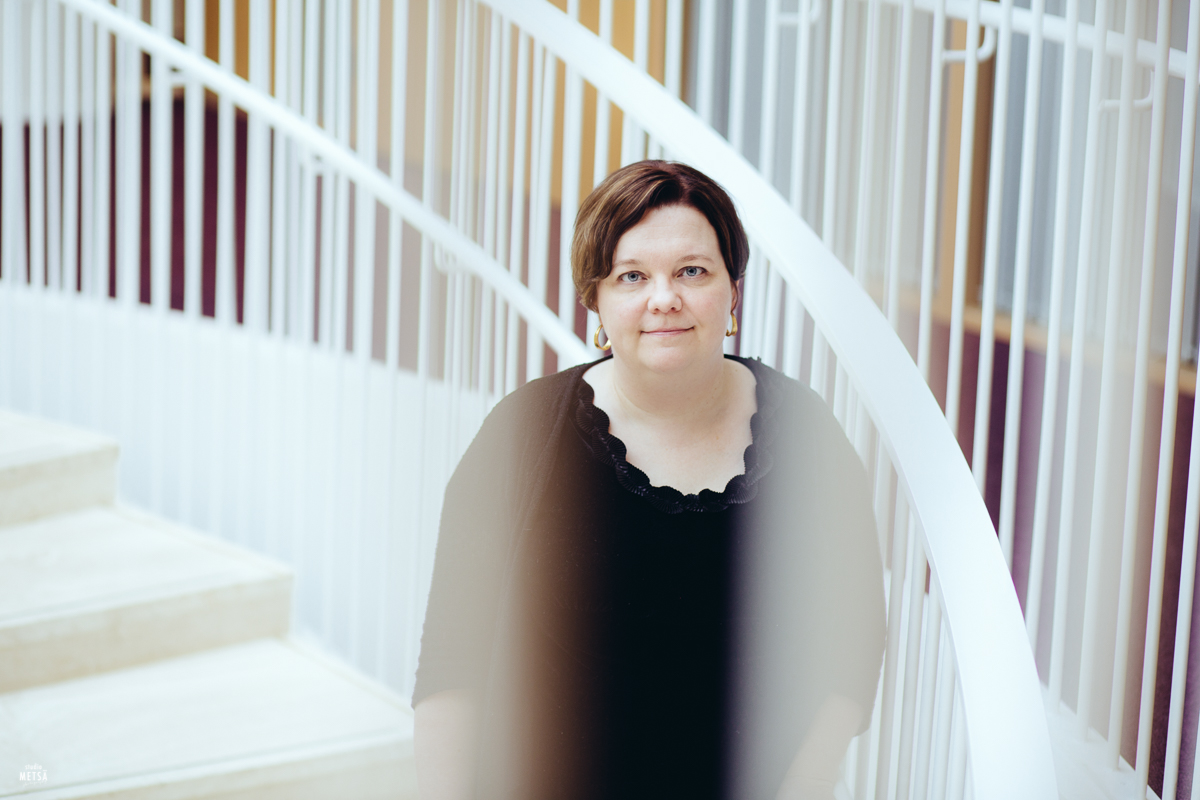 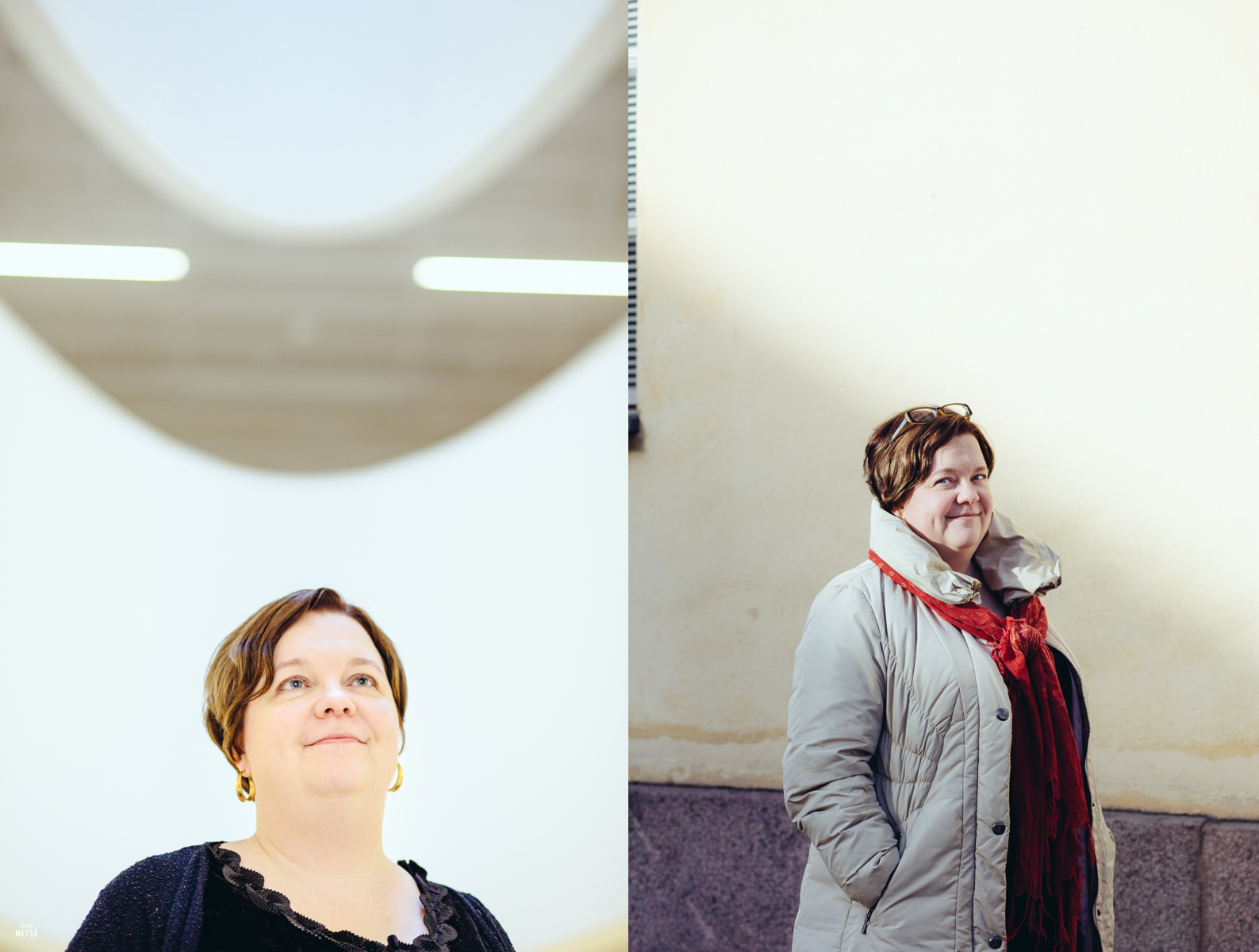 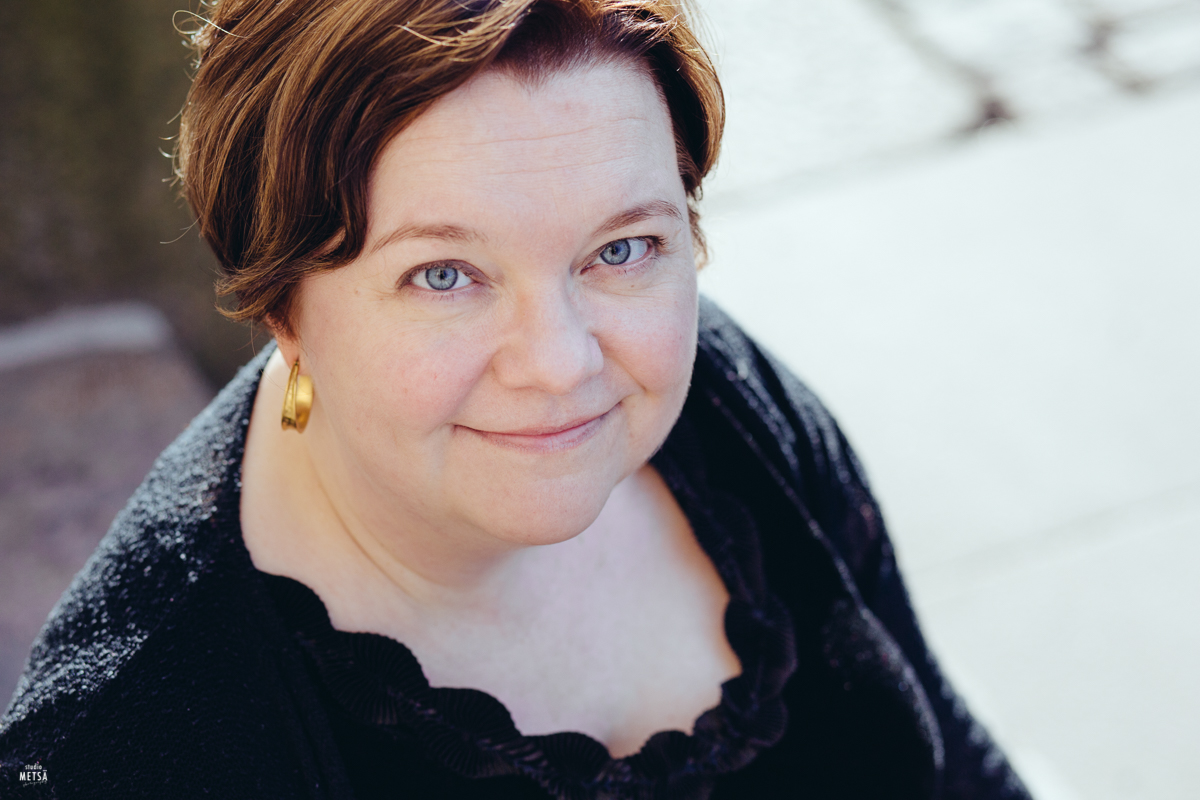 Päivi avoids being in photos by always having a camera in her hand. This nearly always guarantees her escape from photos. However, at times there are people who also have the same strategy and have managed to catch Päivi in some of their photos. When Päivi sees the photo, her party mood goes down immediately. She’d felt beautiful but seeing the photo tells her otherwise.

Päivi hoped to get some new-found insight into herself through this photography experience. She hoped that photos made by a professional could reveal sides of her that she likes and through that grow her self-esteem and self-confidence. These are the very things I hope to be able to resurface.

Because the way we see ourselves is rarely the same way others see us. Of course it’s obvious that when we look at the same face and the same body day in and day out that some type of criticism will start to emerge. This is precisely why I feel it to be so crucial to have a second opinion. To have a chance to see ourselves through someone else’s eyes.

It gives us the possibility to see the good in us and to focus in them, to learn a more positive and loving approach to ourselves, leaving behind the much too nagging negativity. 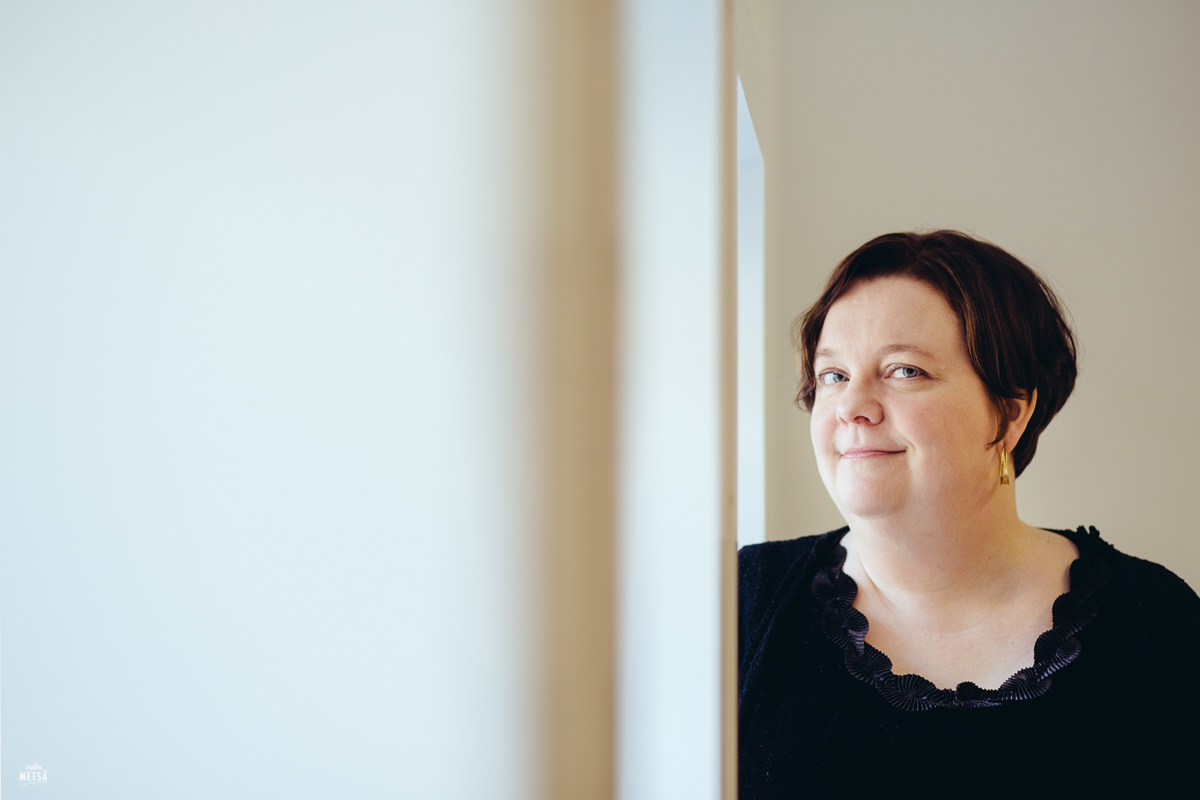 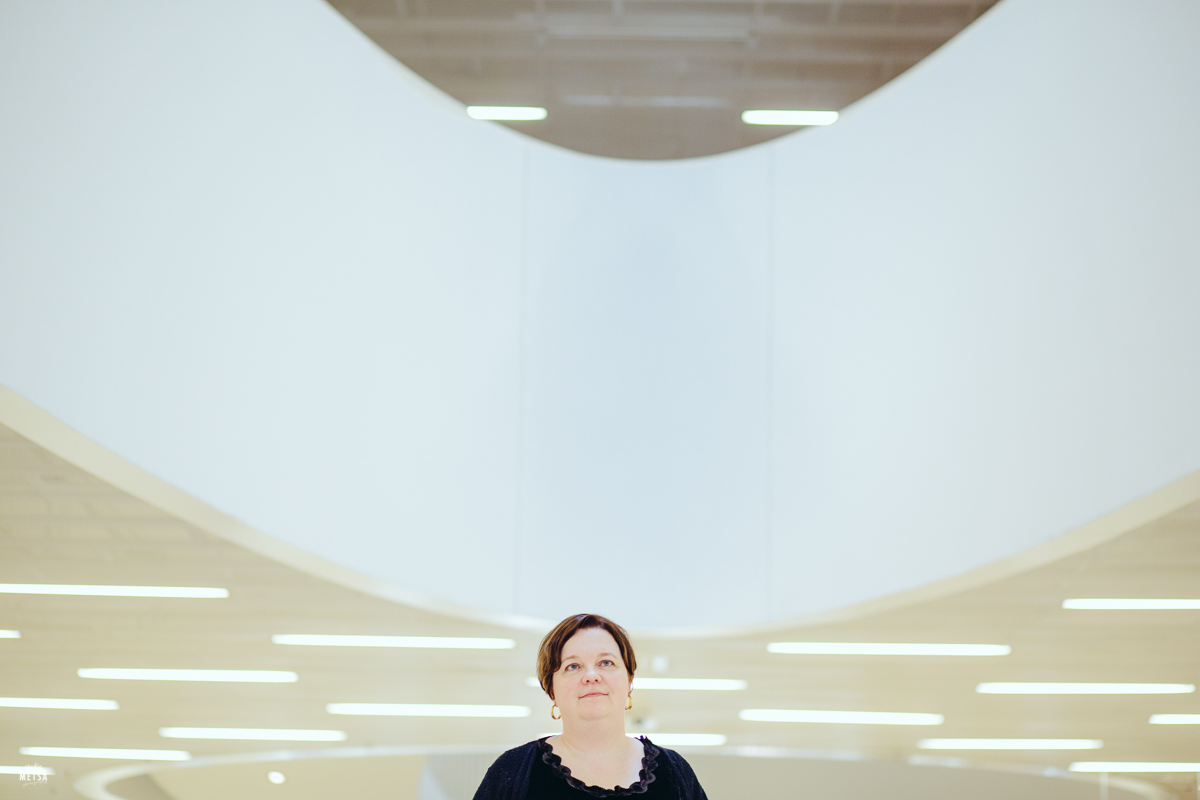 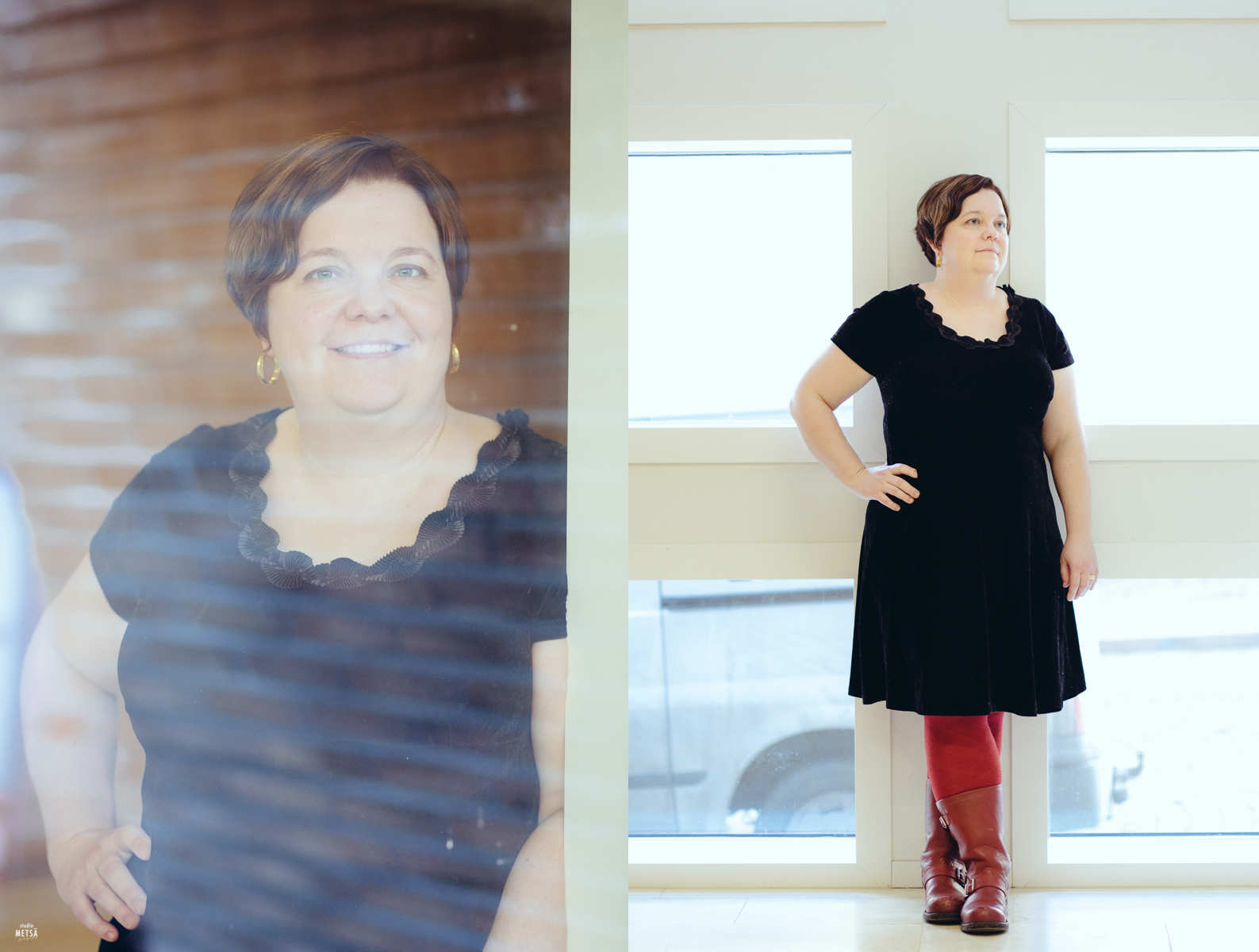 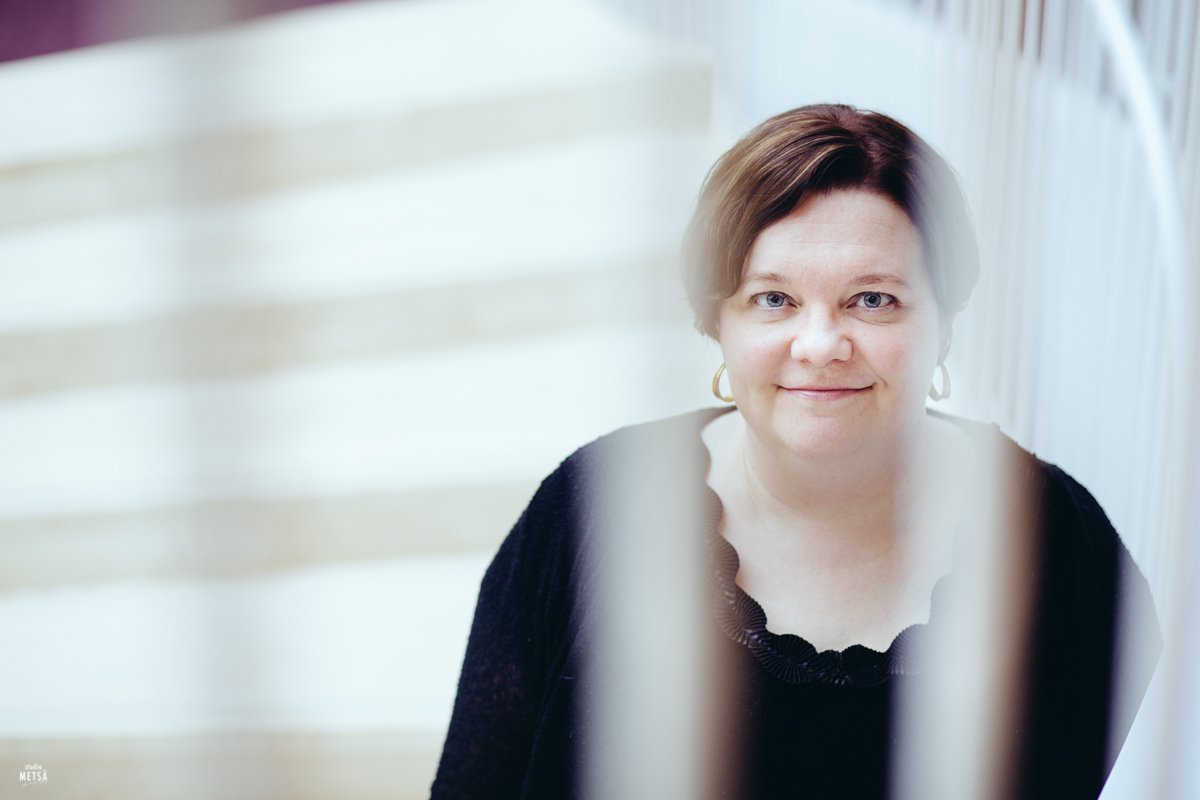 In this photoshoot:
You open a door that allows you to see yourself in a new light,
You give the photographer a chance to show you yourself through her eyes,
You give yourself room to love and accept yourself as you are. 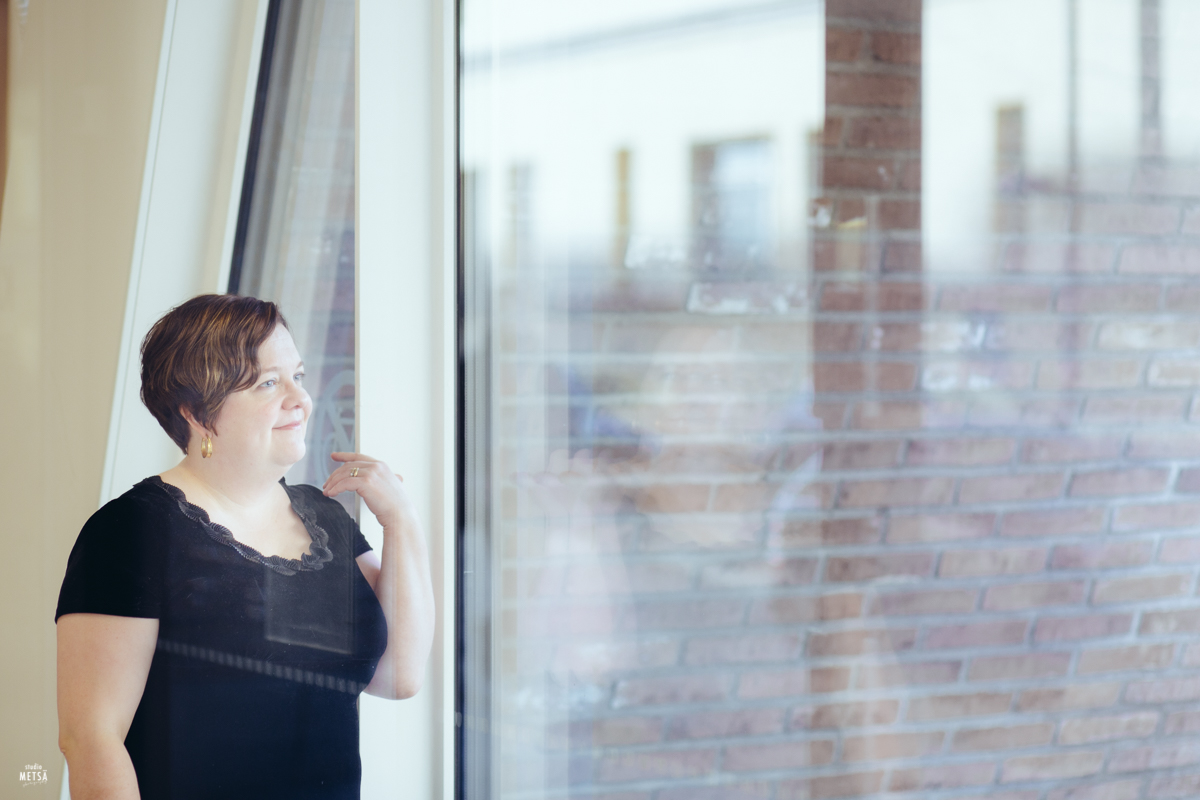 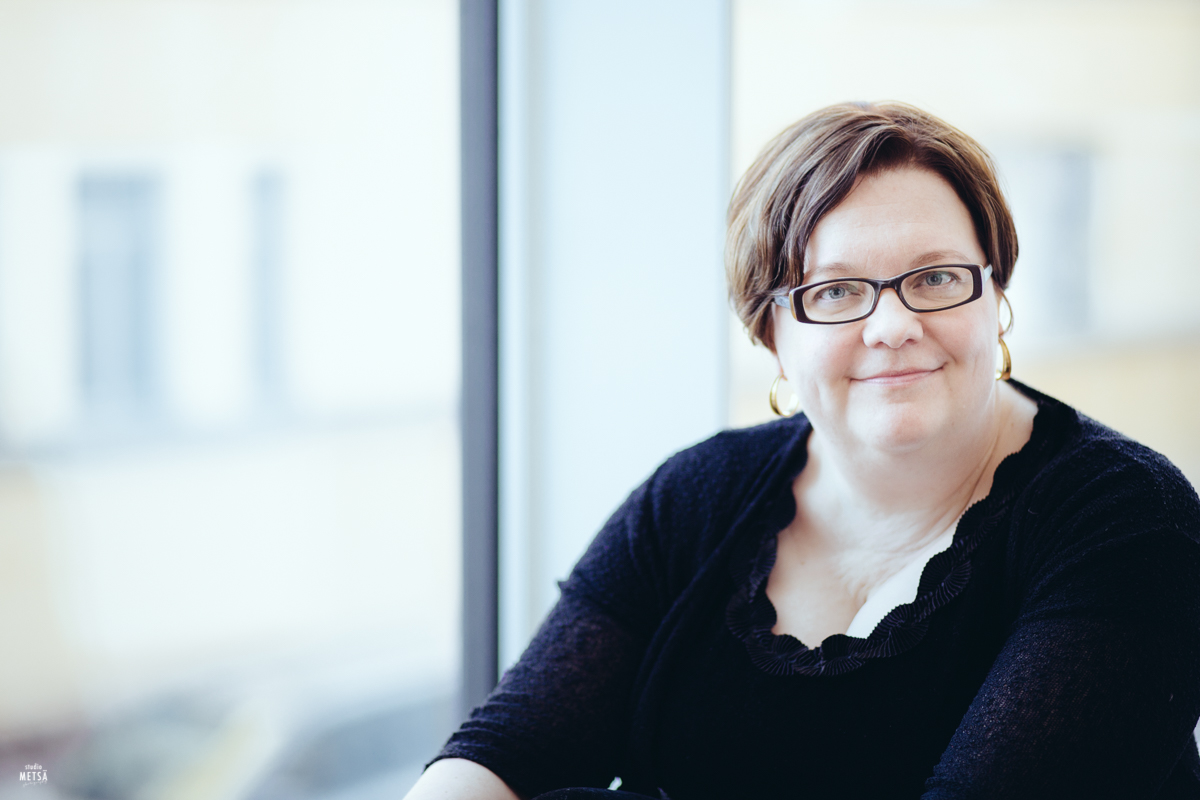 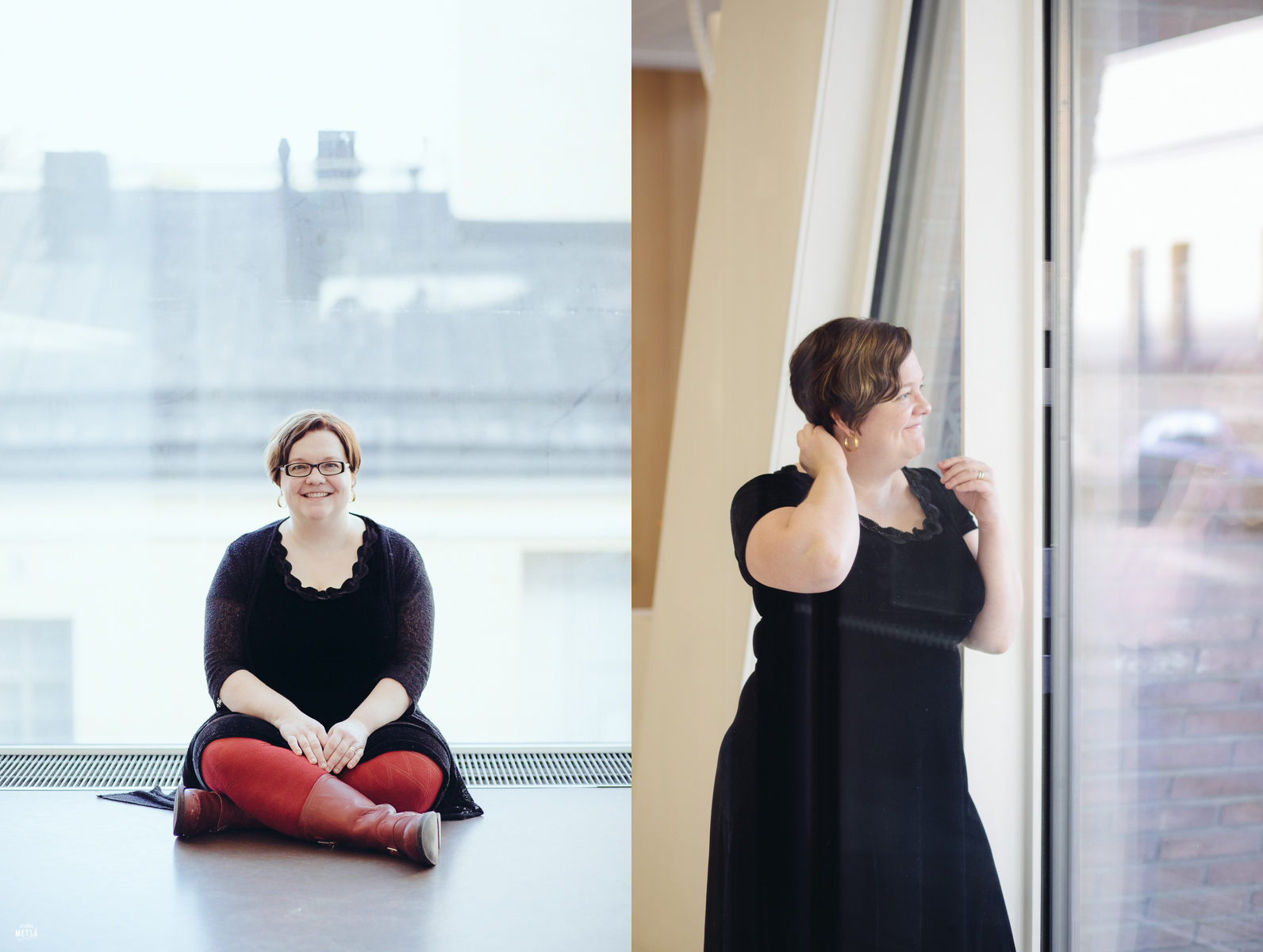 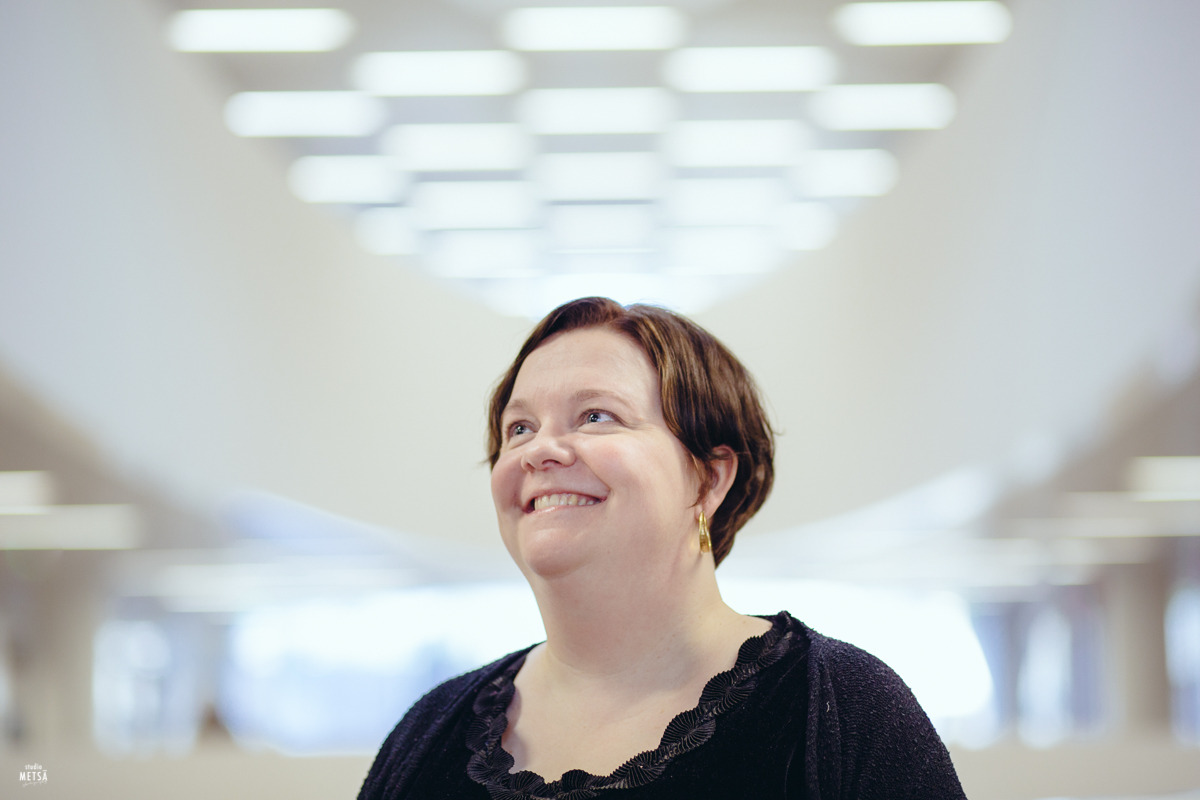 The experience with Päivi’s own words

“Having ended up being photographed by Erika was a chance. I went through all the thoughts in my head which I shouldnt: ‘Even the countryside fences will laugh at me if I’ll be photographed and the photos end up in a magazine. It’s ridiculous that a woman of this size, appearance and age will have photos made of herself, wouldn’t it be better to just hide in the corner and pull a blanket over my head. This will stigmatize me.’ I looked at the photos Erika had made of women who’re afraid of the camera and I felt infinite inadequacy: they’re all beautiful, I’m not.

On the day of the photoshoot I rapidly forgot about self-criticism. I didn’t even get a chance to be nervous. I also didn’t think of my appearance. Erika and I walked and talked and photography came on the side. A photographer’s job is really demanding. In order to be good, it’s not enough to know how to use the camera. It’s much more important to be able to really see the person you’re photographing. I felt like I was with a friend and friends never want to harm each other. The photoshoot was very natural – actually it wasn’t even a photoshoot, but instead a meeting between two people, two women.

I was nervous to see the photos, because deep down inside I had the same old thought: how can anyone make beautiful photos of me when I’m not beautiful. I had planned to look through the photos, compliment them and then forget all about them. But when I saw the photos, I suddenly found myself thinking these photos are good. These photos feature a beautiful woman. I’ve looked at the photos many times and thought of myself and my appearance. When I look in the mirror, I see my weight and other flaws. When I look at the photos I see a sweet, laughing, attractive woman. And yet, the same woman is in both the mirror and the pictures, she is me.

One photo sessions of course isn’t enough to entirely fix a skewed way of thinking formed by years, or even a lifetime, but it has opened up a door to a different way of thinking. I’m a relatively level-headed person despite everything and I have recognized that the way I think isn’t right, yet I haven’t managed to get over it. Now that I’ve been looking at the photos Erika made of me, I’ve dared to think that I can be beautiful even if I have flaws. The camera doesn’t lie, or at least Erika’s doesn’t. So why wouldn’t I believe it?

The photoshoot, the photos, the entire process has helped me. It’s wise to face your fears. You won’t become beautiful by standing in front of the mirror and speaking to yourself nastily. It won’t make you lose weight or become prettier. It’s worth it to look for the good and beautiful in everything, but especially of the one thing you’ll be living with for your entire life = yourself! I’ve always admired women who carry themselves beautifully. I want to be one and these photos has helped me in it.” 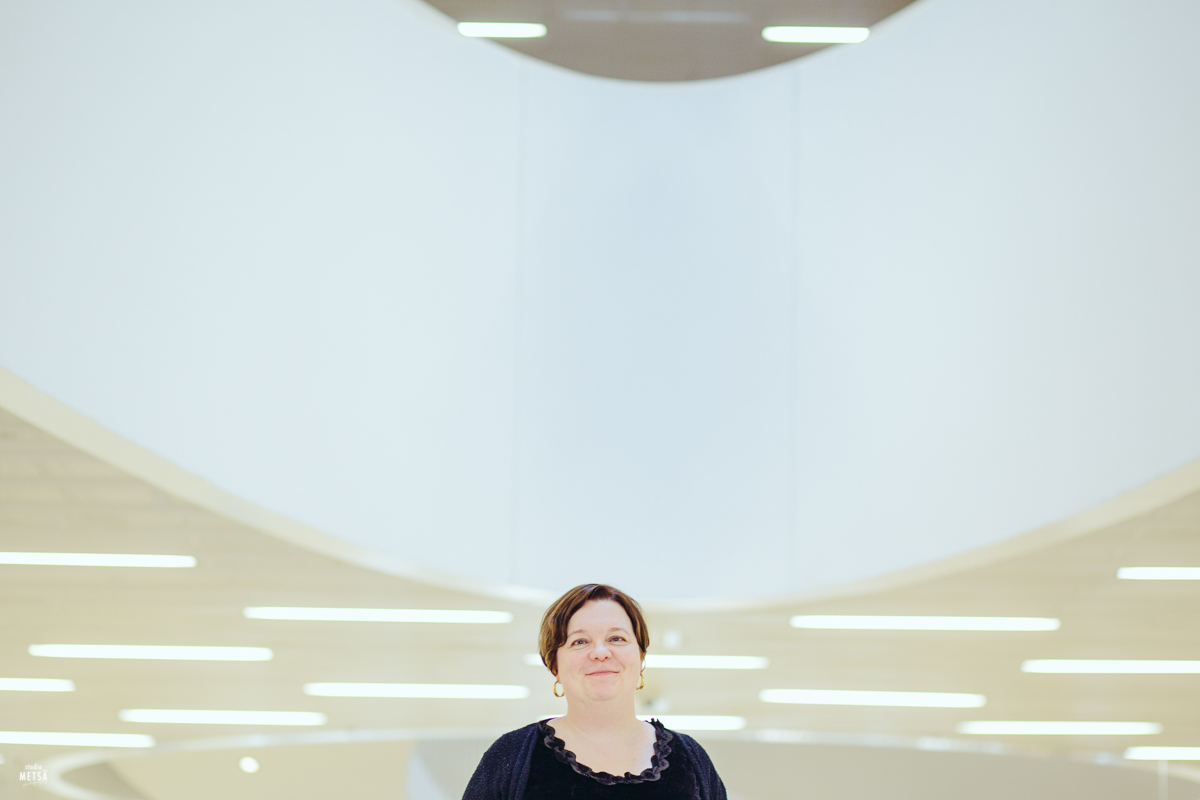 Photographing Päivi and spending time with her was easy-going and fun. Päivi is a really heartfelt, beautiful and warm person. Her gorgeous eyes sparkle and her smile lights up her entire face. Päivi is intelligent and kind, who has a lot to say and to give.

Thank you Päivi for applying for this project and thank you for giving me a chance to get to know you! I hope these photos will continue to remind you of the importance of kindness, love and appreciation towards yourself. You’ve faced a fear, and exceeded your own expectations, that is a reason to celebrate!

Did Päivi’s thoughts feel familiar? Why do you avoid being in front of the camera? Send me a private, confidential message to me here – I’d love to hear from you!

With a lot of love and hugs,
Erika